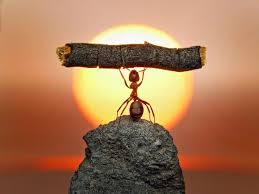 Inner strength is an experience that leads to a sense of peace and having a sense of well-being. Being strong is hard especially when others do not expect you to be. We can easily allow situations to overwhelm us to the point where we cannot move forward, because we only can see the path we left behind. When we would rather stay in the happiness of the “good ol’ days”, then we can say forget being strong and just be complacent.

I have had to be strong many times. The first was when my mother left me behind and I, out of sheer terror ran behind her only to be beaten back to my new home. I had to learn to live without her. To only see her once per week and sometimes months in between. I felt like an orphan.

And once I left I thought, ” well, I no longer have to struggle, once I get a job” – how Naive! I lost my strength many times since then and from most of life’s hard knocks I have not recovered. But I still have to be strong in order to get back to my true strength to meet my true true self again. So I can say hi, hello, how are you to the girl I once knew.