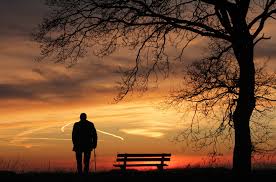 I was asked that question today and it got me thinking.

Where I come from the unconscious response it, “man is nothing”.

The person who asked this question, was relaying an incident where she was confronted by someone in a higher position. The confrontation made no sense in the first place. It was based on a discussion that two friends were having about something that was no body’s business – at least nobody where they were having the discussion. However, one person who overheard felt slighted because the discussion was about someone who shared a similar title to her – please consider she did not know the person. However, she felt they were out of line and threatened to take her and write a little to the manager.

But why? It made no sense? But what did happen was a clear “drawing of the line” between who was above whom.

Are we titles walking around on legs or are we equal and unique, creatively free and free to be what we are meant to be?

What a piece of work is a man! How noble in reason, how infinite in faculty! In form and moving how express and admirable! In action how like an angel, in apprehension how like a god!

Is man more or just an animal, more than flesh and blood more than we can conceive in labs and create for glossy magazine covers? We are more than what others give us permission to be when it fits with their vision of us. We are at the heart of it all imperfect and so we do not have the right to think that a title makes us more.

So as she asked the question I realized that this is not an easy one to answer. For her, was it right that she left the exchange feeling less than, because she spoke about something she wasn’t suppose to?