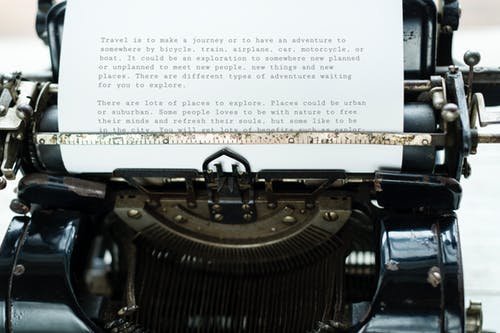 I think I have mentioned before that U am working on my research paper for my masters program. SO, today I met with my supervisor concerning a paragraph she had asked me to write as I narrow my area of focus. Let me just say that I am not yet seeing the light nor the tunnel. Therefore, I am stumbling through the dark trying to make sense of where I am in this journey to completing this program.

However, I took a very important lesson from our discussion today. I learned that we have been programmed – yes programmed to have a very narrow view of ourselves, but especially of other. I also learned that such programming once successfully implemented, is difficult to shift. Imagine my disappointment with myself to realize how easy it is to perpetuate the injustice of stereotyping an entire group of people because I focused on a single thread of their stories. Despite the fact that we have become “a global village”, it is so difficult to get the big picture of anyone let alone an entire group of people. We begin to think that one bad incident means that an entire people are doomed and that the actions of a few correlate as the consensus of the majority.

The funny yet not so funny reality is that often times we create a picture of others based on the most sensational piece of information that we can gather, or are given. Hence, we reduce the experiences of others to what gets the biggest reaction. Many of us have become slaves to the nine day wonder syndrome where the most outrageous, no matter how inaccurate, is what gets the most attention. Though I believe it is important to be fair in how we represent and speak on issues as outsiders looking into to the lives of others, it seems, if we are not careful, we end up ignoring the real for the imagined. We may end up ignoring the humanity of peoples who have been demonized and dispossessed. What is even worse is that we may end taking away their humanity in an effort to prove how much they have suffered, reducing them to a product that affirms our humanness, our triumphs.

So like me, let us take some time to do some self-reflection before we jump in head first in representing a group that we do not belong -although we should do so for even those whose stories we think we know. It is so easy to, misquote, misrepresent and misunderstand others. Let us take the time to take a second third and even fourth look, before we claim authorship of another person’s narrative.