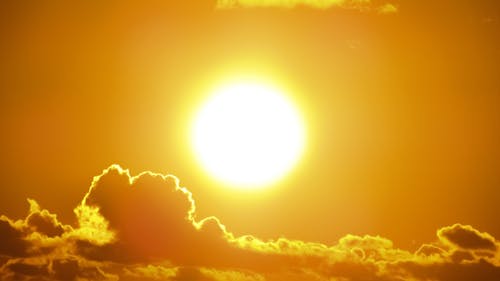 How can it be that we can start over? For many of us the world will never be the same. But that is the beauty of life. Sometimes we have to say goodbye to greet hello.

It may be hard to conceive of finding hope in hopelessness and joy in insurmountable pain and grief. To think that you can come back from what has been the hardest time of your life. How do we make a come back from being so wrong about everything.

We turn to the Great I am.

I decided to give up things that were distracting me from having a closer relationship with God (a serious work in progress there). Too much had happened over the years and it wasn’t enough to pretend they did not happen. Even if no one knew. I did and I was not satisfied with my lack of commitment to my faith.

After I decided to do this, things got worse.

I started to get sick and wondered why. After all I was doing everything I was suppose to. I was in a better place than I had been.

I wondered why now. Why me?

However, I decided to make a go at trusting Him; something I had never fully gotten the hang of. I decided to stop making decisions for both of us and to simply go where I am told.

There is a man I see sometimes; I was told he left his job as a bank manager to be a witness and like any rational person, I wondered if he were mad. To leave a well paying job to walk day and night looking like a mad man and say God made him do it. God doesn’t want those who believe in Him to walk around look like mad people!

But then I wonder, what do I really know? I have gotten it wrong so many times and yet I was suppose to be the sane one.

I thought it must have been hard for him (or maybe not) to give up all those material gain, great car, fabulous house. To be ridiculed and rejected by strangers, family and friends. To know that people pitied him and thought him a fool, for following what he see as his purpose. How is he winning? He has nothing to show for his commitment to God.

He has not moved on to greater wealth and prosperity for following God. He has not been blessed by God!

But are we only ever blessed and have His grace, when we are showered with material wealth and a long healthy life?

Isn’t this also from God:

5 This is what the Lord says:“Cursed is the one who trusts in man,
who draws strength from mere flesh
and whose heart turns away from the Lord.
6 That person will be like a bush in the wastelands;
they will not see prosperity when it comes.

They will dwell in the parched places of the desert,    in a salt land where no one lives.Tweet

It’s scary to think, isn’t it, that we can be incur his Grace and Wrath. That both are equally potent and just.

We would like to think of Him as the second God only, even if like Judah we deserve His wrath…

But in these chapters of Jeremiah 17, is a dilemma we must wrestle with and know that the peace of God is greater than any wealth we could accumulate here on earth; than any prize and fame, than any desire not of God.

7 “But blessed is the one who trusts in the Lord,
whose confidence is in him.
8 They will be like a tree planted by the water
that sends out its roots by the stream.
It does not fear when heat comes;
its leaves are always green.
It has no worries in a year of drought (Jeremiah 17)

Do we decide to start seeking Him at the wrong times when the curse is already upon us, and we decide that He must hear and answer us with His favour?

If anything, what is happening in the world now, reminds us of how weak we are. It reminds us of how little rights we have to demand his favour. His Grace is sufficient and worth more than any wealth we could gather to ourselves.

So while it seems as if the world is falling apart around us. Will it be too late to start over?